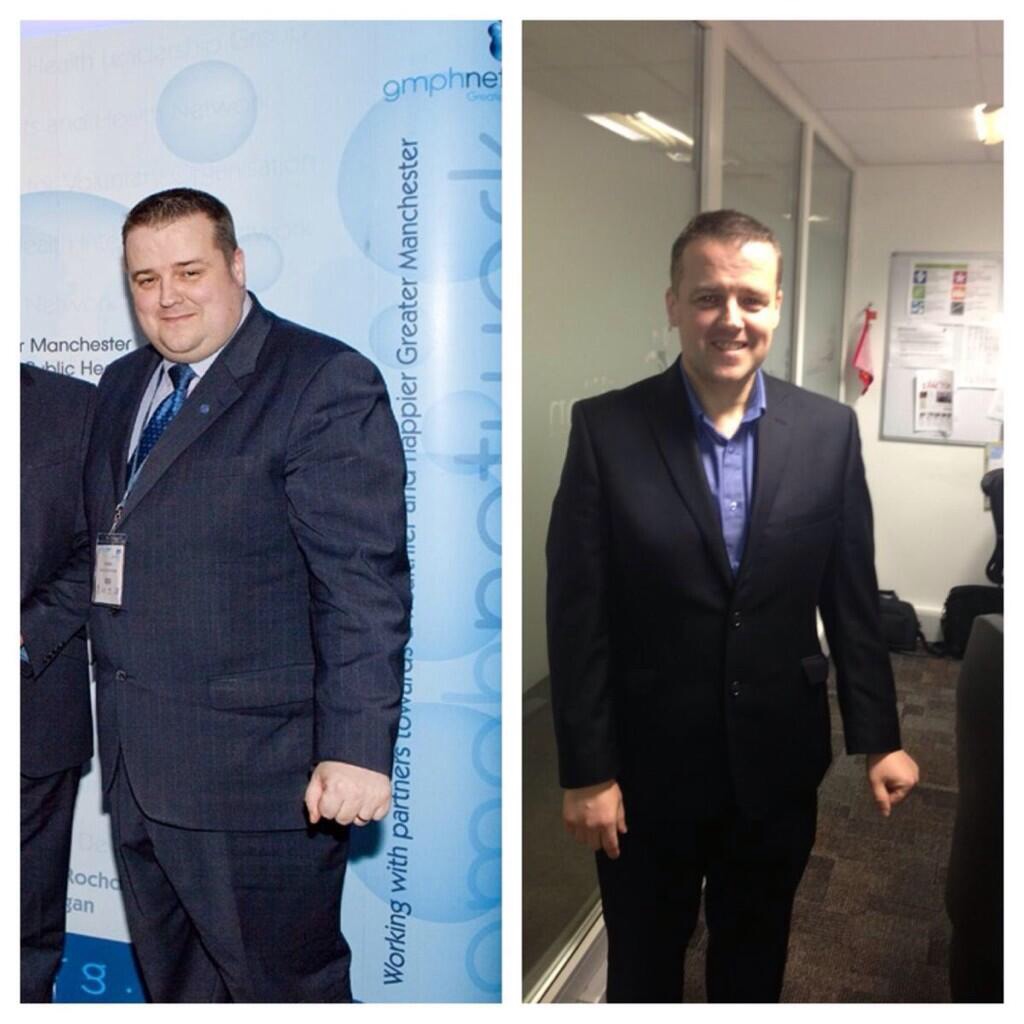 “Tim White has lost 9.5 stones in weight since training at Gym72. The majority of this weight loss was achieved within a 6 month period. Tim got his results by following our simple nutritional advice and exercise guidelines. Initially Tim was unable to do 5-10 minutes of light exercise but is now runs a minimum of 10km 3-5 per week along with two strength building Personal Training sessions.”

I began working with Ross in 2013 in the run up to the Great Manchester Run. I had already ran a few 10k events before but I wanted to beat my time. With a weekly training session in the 10 weeks upto the run, I felt well prepared for the big day and beat my best result to record a 38:10 time, something that I could never have imagined achieving.

I now train with Ross week in, week out, every Friday. He has a detailed training plan for the rest of my week and also a diet plan to make sure that I am consuming the right food and drink to improve the effects of my training.

I train with Ross every Friday and after a tiring week at work, there’s nothing better than getting a good workout to re-invigorate mind and body. It is never a chore to train with Ross. He makes it enjoyable, sociable and productive. You know you’ve had a workout after one of his sessions!

Ross – I am in the best shape of my life thanks to you and I plan to keep up our training plan for a long long time, thank you!

Unfortunately, I had been ill following one of my holidays last October and during the next three months lost two stones and while the weight loss was good , my nutrition was poor and I had lost body strength.

I had no hesitation in making arrangements to call and see Ross to undertake an analysis to discuss action to be taken on my diet and personal training.

He immediately took control and empowered me to take up the offer of looking into my health and wellbeing and booking a set of sessions to start improving my body strength.

Ross is incredibly supportive and very encouraging and every week I have had no hesitation to recommend you to several people already.

I wish him well in the future as he develop and grows his business.

Head of employment team and member of BSB
Linkdin Profile

I have been with Ross, as my personal trainer at Gym 72 for over 2 years, and during that time he has encouraged, supported and inspired me in the way I think about myself, and my lifestyle choices, it has added to my confidence to feel this fit, I have lost a large amount of weight and have never felt fitter, Ross has done this in a supportive, yet firm way that has ensured I gain the maximum from our one to one  personal training sessions, I cannot thank him enough for changing my life and bringing back a person that was trapped and who needed motivation to return to the gym, a genuine huge thank you Ross, highly recommended.

“When I said I’m going to get a PT and get fit people almost immediately responded with “why?” “You’re in great shape,”

“You don’t need to lose weight.”

Perhaps at first glance I may have looked like a young and healthy individual, but the fact of the matter is: I wasn’t. Running to the bus stop would just about ruin me, and – like many women I’m sure – I’d meticulously pick my clothing to hide certain bits I wasn’t all that happy about. Oh, and I practically existed on coffee.

After just a couple of months with Ross I have lost 5 kg, I don’t so much as break a sweat running for the bus, I have bought a whole wardrobe of new clothes I would never have of dreamt of wearing and I now run on water instead of coffee (most of the time). But more than all of that, I feel good; better about myself – inside and out. I’ve always avoided exercise like the plague and had convinced myself “I’m just not made for sport”. Now I can run a few kilometres and, for the first time ever, even enjoy a few sports, namely boxing. Who would have thought?!

At 25 I am fitter, and healthier and more toned than I have ever been. I’ve been told that things start going downhill from here, but with Ross’s help things have only been going up for me.

I’d recommend him to anyone. He’s undoubtedly a sadist, but you’ll thank him in the end!”

I worked with Ross for a year, having decided not to let long term illness take over my life. My mobility is poor but with work and the right kind of encouragement things improved which meant instead of being housebound I am able to live a fuller life. Ross is a star, keeping me going when I wanted to give up but knowing when I needed to stop. Ross also supported me to make nutritional changes which I continue to practice, even though I have moved away from Manchester now. I haven’t gone back to my lazy pre-Ross days either. I now swim three times a week.

I cannot recommend Ross more highly. No matter your fitness needs, you need Ross and you need him now!

Book your free no obligation consultation today
GET IN TOUCH

Want to find out more?

Give us a call on 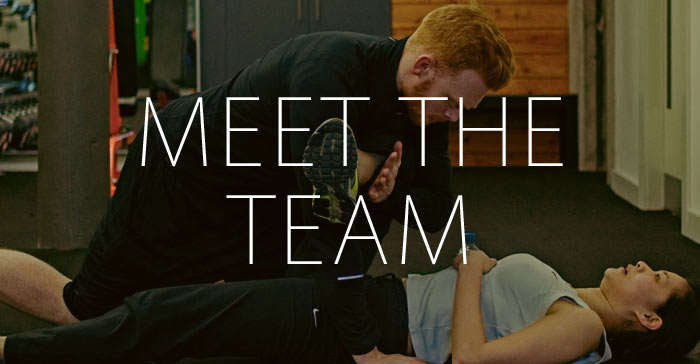